Revolax is the only one filler with revolutionary technology, where BDDE stabilizer has been successfully removed by the end of the production process because of its double dialysis.﻿

Hyaluronic acid (HA) is one of the most common muccopolysaccharides, synthetisized by all living organisms, except algae.

Because of its spiral structure HA plays the role of a "molecular" sponge, attracting 1000 times more water than its own weight. In this way it maintains the optimal skin hydratation, increases its elasticity and slows down the aging process. Over the years, the skin loses its tone, dehydrates and fades, fine lines and wrinkles appear.

Injecting into the skin, HA is absorbed very quickly and it disappears.

Passing though a complicated crosslinking process HA is transformed into  a gel, using BDDE stabilizer. The completed product (filler) is used successfully for long-term wrinkle filling, volume and contouring. This BDDE may lead to unintended side-effects by injecting into the  body and it would be nice its content to be minimized. 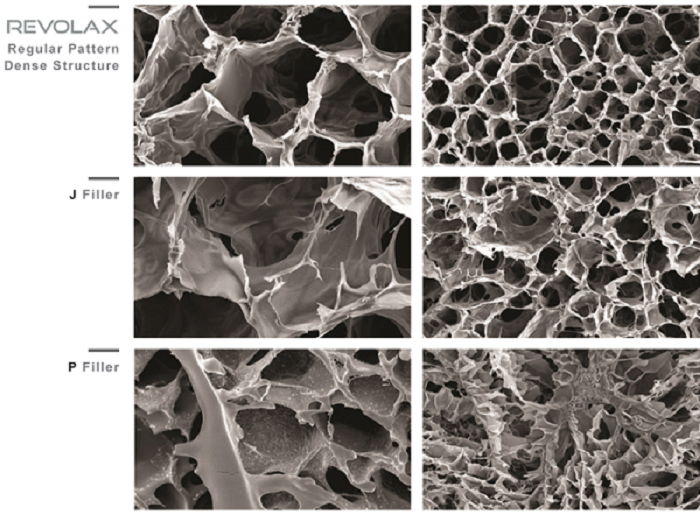 HA dermal fillers can be classified into two main groups: Monophasic and Biphasic, depending on the method of developing.

Monophasic fillers can be single cross-linked and continuously cross-linked (Revolax) during the manufacturing process. 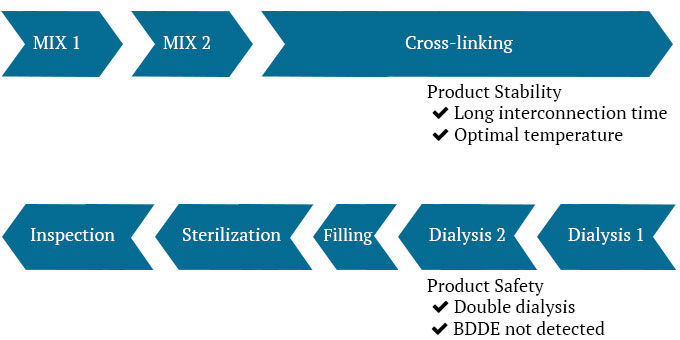